Our Blog
You are here: Home1 / Our Blog2 / General3 / Orthopedic Injuries in Men vs. Women

There are certain fundamental differences that exist between men’s and women’s physiology. Although leagues now exist for both men and women to play the same sports, the injuries each gender suffers are often different – which is due to sheer anatomical differences.

Overall, orthopedic injuries affect women more frequently than men. Upon a closer look, it is easy to see the patterns that reveal why injuries are more common to women.

There are a number of factors that explain the higher rates of musculoskeletal injury in women, including the following tendencies of women as compared to men:

These fundamental variances help explain why women move differently than men. Even when landing from a jump, women land more upright, with feet and knees closer together.

There are four basic types of orthopedic injuries that occur more frequently in women than men:

While ankle sprains are the most common injury for both genders, it is far more frequently seen from women wearing high-heeled shoes and falling. Additionally, women’s hips, buttocks, and upper legs are typically weaker when they run, jump, or land, so more stress is placed upon the knee – which can more easily result in a torn ACL.

A program called the Landing Error Scoring System (LESS) has pinpointed high-risk patterns when athletes are jumping and landing. As a whole, due to the various physiological and anatomical differences that exist between men and women, women tend to have higher LESS scores than men – indicating that they are at greater risk of an injury.

The best way to avoid orthopedic injury is by increasing focus on strength and neuromuscular training. Weight training can help to lower the frequency of these types of injuries for people of virtually all ages, including adolescents.

If you have a musculoskeletal injury or wish to prevent getting them, seek medical assistance from our team at the Colorado Center of Orthopaedic Excellence. We are the official orthopedic center for the U.S. Olympic Training Facility in Colorado Springs.

The medical professionals at this office are board-certified and are trained and to treat orthopedic injuries of all kinds, from broken bones to sore muscles to torn ligaments and beyond. We treat amateur athletes, professional athletes, Olympians, and even those who have age-related or overuse injuries.

Call us today at (719) 623-1050 to schedule your appointment, or request a consultation online. We look forward to helping you get back to the active lifestyle you love. 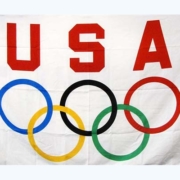 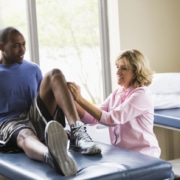